Dave's retirement quilt was designed by my friend Terry.  She decided to piece a turning twenty background, and then appliqué a guitar on it.  Dave loves to play the Blues on his guitar so that is where Terry got her inspiration from.  Her son Logan drew out the guitar, Terry enlarged it and then appliquéd it in place.  She finished it with a little embroidery and some special buttons. 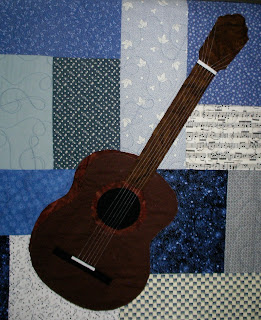 The quilting had to be music related, so..... 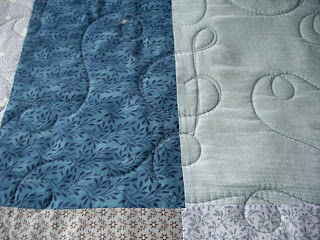 Dave received the quilt on his last day of work. 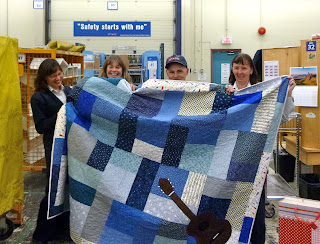 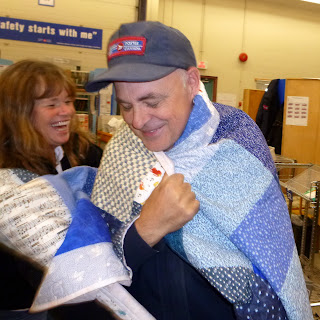 He promised Terry he would put it to good use.  Congratulations on your retirement Dave!