Today is a tutorial day for a quick little baby quilt idea, that can also be used to make a smaller block. 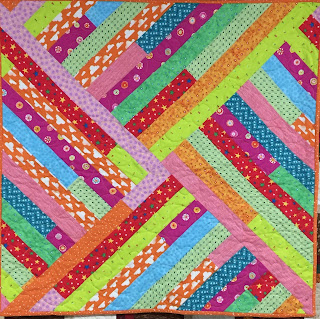 This technique popped up recently on my Facebook feed.  I decided to do the math and come  up with a quilt that finished around 36 inches, for a preemie quilt. 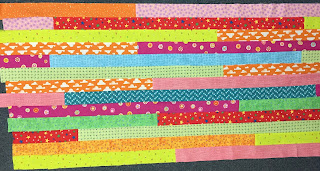 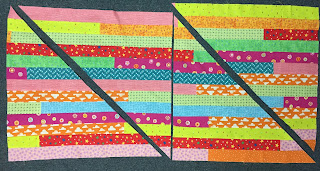 Cut two squares  and then cut the squares in half on the diagonal. 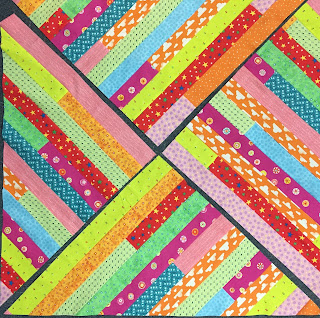 The bias cut edges end up on the outside of the quilt as you flip the pieces for the orientation shown.


After stitching together, I stay stitched the edges, quilted and bound this little cutie! 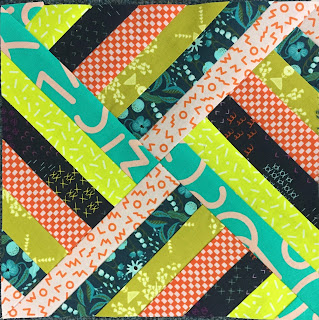 I started with seven 1 1/2" x 21" pieces cut from some fat quarters I had laying around.

The strips were sewn together to make a piece 7 1/2" x 21".  Since this was a smaller piece than above, I used Mary Ellen's Best Press on the entire piece so that I didn't have to worry as much about the bias edges. This piece was cut into two squares and then once again the squares were cut on the diagonal. 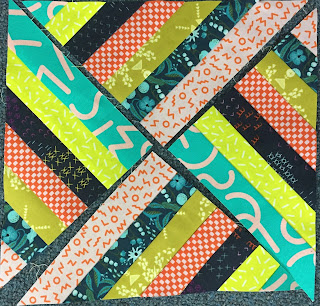 After they were sewn the block was just slightly larger than I wanted so I cut it down to 9 1/2".