As part of our recent holiday Doug and I went to Grand Cache Alberta for the Canadian Death Race.  The race is 125 km. long running through the mountains of the area.  For those of you that think that this sounds easy, click here to check out the elevation change.  The winner of the race solo completed in a little over 12 hours.  Totally insane!
The reason I was there was to see my son Harvey compete on the PPCLI relay team. Harvey ran the last leg of the race so I was able to see him come across the finish line. 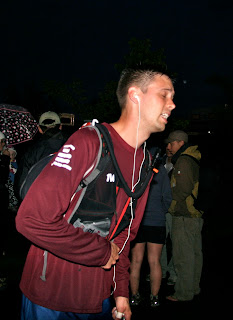 Running the majority of his leg in the dark and rain, Harvey completed his leg in 2:13.  Way to go Harvey! 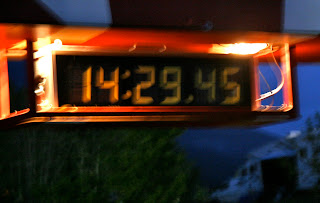 This was the time on the clock as Harvey finished.  3 minutes is taken of for the official finish, to make up for the time spent in a boat on the river crossing. 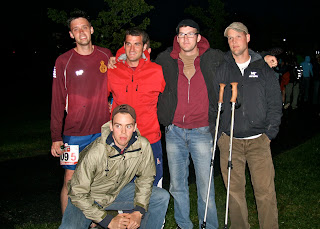 This is the team at the finish line.  James Hewitt (squatting), Harvey, Brian Crowhurst, Josh Bowen and Sean Cochrane. 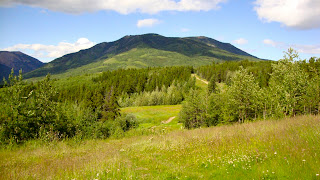 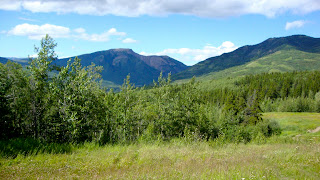 These two pictures were taken when Doug and I were out bike riding along the edge of town.  What a beautiful part of Canada. 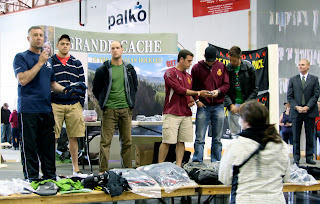 On Monday at the awards breakfast, the team was called to the stage to receive an award in memory of Richard Kurnow.  Richard was their team mate who was tragically lost during a training run in Edmonton.  The team was running in his memory. 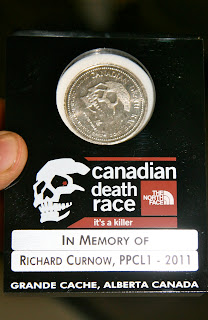 By Monday Harvey was looking well again, even though he admitted to being a little stiff.  Love you Harvey. 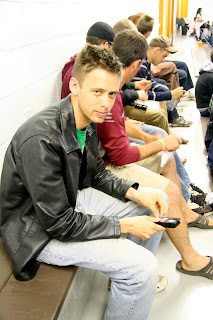