A Little Inspiration from Angela Walters

I needed a new idea for an all over pattern for a masculine quilt.  I recently purchased Angela's new book "In the Studio with Angela Walters.  Wow, what a fabulous book.  Armed with the new book and Angela's Free-Motion Quilting book I was ready to go. 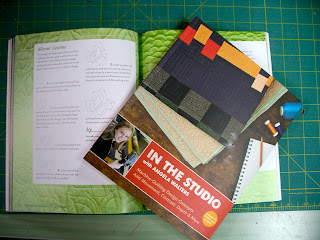 I spent a delightful few minutes going through both books before I decided on the all over leaves in the first book.  I wanted texture and I wanted it to be done quickly. 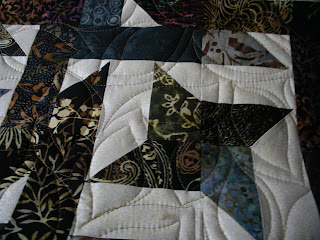 This is my version of the leaves.  It was fun to quilt, and by the end of the quilt I had the pattern under control. 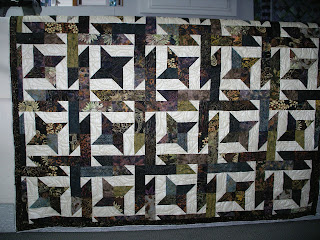 Terry pieced this quilt to give as a retirement quilt.  We have quite a few friends retiring in the next few months so we have to get busy. 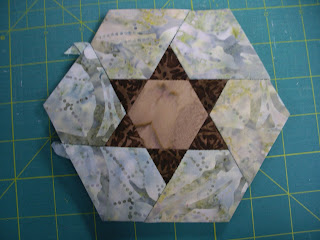 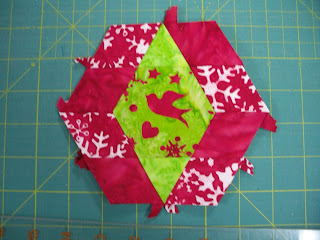 Apparently I have been a week behind with my Hexies for quite some time.  So this week you get two. Have a fabulous weekend everyone!